A STORY EVERY TRADER SHOULD READ 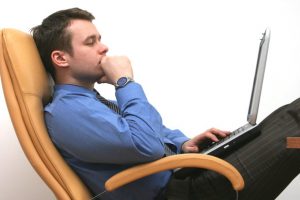 It’s a classic trading story about a stubborn trader…

... about a trade gone bad, and the powerful indicator that turned a loss into a profit.

If you’d like a copy of that indicator and strategy, you can get it here.
There’s no cost, no obligation, I won’t even ask for your email.

But… I think you should read on...

It was several years ago… and it was a particularly volatile session.

A friend of mine, who I’ll call ‘Jeff’ is a very aggressive trader.

He seems to always make money, he trades big... and lives large.

But on that day he nearly lost $40k on a single trade.. Instead he made $2k profit..

Jeff and I would regularly jump on a call after a trading session to discuss and review our day.

Nothing abnormal about that, day trading can be a lonely business and having someone to talk to can really help.

Someone who understands that making money as a trader, often means losing money along the way.

On that day,  Jeff did not sound like his usual self.

His confidence was gone, his voice was shaky and he hesitated to tell me how his day went.

After all.. That was the purpose of these calls... To keep us honest and focused…

...to discuss things that only traders could identify with.

What he explained even made me queasy…

Even Though I had nothing to gain or lose, his situation gave me knots in my stomach..

Why… because I know it could just as easily been me

In fact, before I used this strategy.. It had been me

The markets were volatile, and selling off hard.

The shorts were making a bundle.

But late in the session, the selling action paused and it looked like the buyers had stepped in.

But the sellers weren’t quite done.

Jeff kept averaging down… buying more as the price fell.

He lost track of time... the closing bell rang… and he took home a huge losing position.

When I called, he was anxiously waiting for the after hours session to open.

The session opened.. but the volume was light, and the prices weren’t moving.

We sat on the phone… mostly in silence... watching the tape.

This is when hope and fear replace a sound trading strategy.

His position was huge.. He risked losing over $40k.. on this one trade.

It wasn’t my money, yet I felt sick to my stomach as if it were.

He spent the night watching the tape, hoping the overnight price action would deliver a miracle.

And then this happened

It pretty much was a miracle..

In the morning, the stock gaped up.

Jeff was anxious to get out with a much smaller loss.

Now that his loss was manageable, I felt we could discuss the trade more rationally.

Like many traders, Jeff has an aversion to using ‘other peoples’ indicators.

He uses his own setup, and rejects any suggestion that there could be something else of value to add to his charts.

I explained to him that the ADX had a massive spike when he entered, and it would have easily kept him out of such a high risk trade.

Or at least allowed for better timing, once the selling had eased off.

Turns out, it’s not an indicator he uses. (I already knew that)

Wow.. it’s such an easy indicator, with crystal clear overbought and oversold levels.

At first he said no.

He was actually boasting about turning a huge loss into a small loss.

To be fair it wasn’t really a boast, it was more like a ‘thank you’ to the trading gods.

I reminded him that a loss is a loss.. regardless of the way it happens.

I reminded him of his sleepless night, and how he felt facing such a massive loss.

... and how it was one thing to explain to me, a fellow trader, that he could be looking at a $40k loss,... but it would be quite another to explain that to his wife.

He finally agreed to have a look.

I snagged some screenshots and sent him a copy of my setup.

I even included my 7 rules to use it as a complete trading system.

He was quite surprised by it’s clarity and simplicity.

We stayed on the phone until the ADX hit the magic number... and Jeff took the trade off with a $2k profit

And he actually started using it that same day... and he's been using it ever since.

Later.. he called to thank me.

He was excited about how easy it was to use.

He told me that it delayed his entry on another trade and saved him from being stopped out.

It won’t change what you’re already doing, but it can dramatically improve the timing of entries and exits

If you want a copy of those screenshots and 7 rules, the same ones I sent to Jeff, you can grab them here.

And here’s another thing…

You can also use it as a stand alone system.

The 7 rules explain how using just 1 additional indicator, you can build a complete trading system.